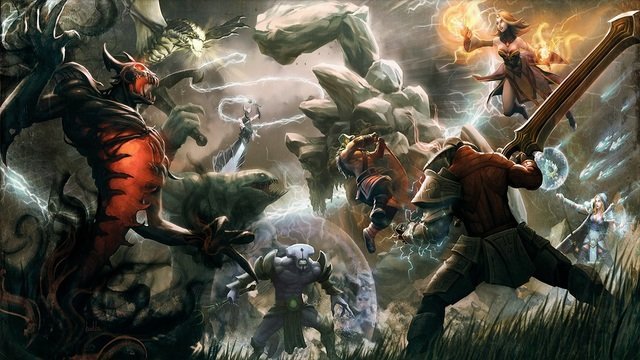 How to set steam launch options for DOTA 2 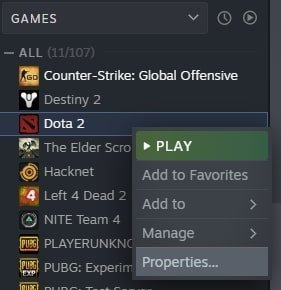 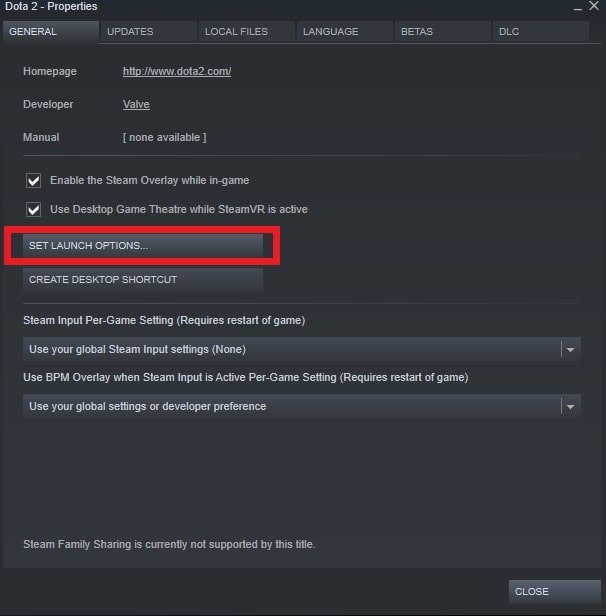 My most recommended options for FPS and LAG FIX:

What these commands actually do:

This steam option disables the Valve intro video, saving you time which can be used for gaming. I know it may not look like much but if you play DOTA 2 every day for a year then you just saved yourself around an hour if not more every time you started the game.

It loads the Dota 2 map as soon as you start the matchmaking process. This reduces loading times after you find a game match in the lobby. This is really useful for low-end systems.

replace # with a number

The in-game settings limit the max FPS to 240, but with this steam launch option, you can increase the fps limit as per your need.

This option launches DOTA 2 game in high priority. It will be allocated more CPU and GPU resources, meaning it won’t be slowed down by other processes that you may have running on your system. Useful if you have a slow end system or a system with a huge number of apps installed.

Forces the use of all cores. It can help systems with a lot cores since this option forces DOTA 2 to use all the CPU cores for gaming. If you have Ryzen CPU with plenty of cores it might help boost your FPS in DOTA.

Optional Steam Launch Options you can use for low-end systems

This steam launch option disables -nojoy simply disables joystick and gamepad related modules from the game. It can help with slightly faster startups since you now have fewer modules to load.

Disables the HLTV options in-game that may help speed up your game. It’s only going to be a minor FPS boost but FPS boost nonetheless.

This steam launch option disables the VR modules similar to the -nojoy command. Can help boost startup and FPS.

Can help increase FPS in low-end systems. It’s good for older systems but not for newer ones. If you have recently bought the system then do not use this option it causes more issues than it fixes.

-nod3d9ex is incompatible with Fullscreen mode so switch to Borderless Window if you want to use it with -dx9 or -dx11. It causes Alt+tab issues as far as I checked.

The Dota 2 game automatically uses the 64-bit version which is what I recommend for most gamers. I mean if you are still on a 32bit system then you better upgrade. However, you can still play DOTA 2 on 32-bit systems using this option. As far as I know, there isn’t a major performance difference actually for newer processors the reverse will be true instead. But I did read that 32-bit one programs use less ram.

You can use any of the below 4 render options to Boost your FPS and fix lag by changing the render method of the game. You can choose between -dx9, -dx11 -vulkan -gl.

DirectX 9: Good For older systems can help boost FPS by 3-5% depends on the system

Vulkan: Works well on some systems. It did not work well on mine. I recommend you test it in order to see if it does boost FPS for you.

OpenGL: Works well on Nvidia cards as far as I know. I got a slight 3% FPS boost. I recommend you test it yourself.

Some more options that may work but need more testing I am just listing them if someone is desperate enough to try them all. There are quite unstable and may need you to reinstall the game if something breaks. So proceed with caution. Take backups.

I hope this guide has been informative for you and I thank you for reading. If you know any more steam launch options for DOTA 2 then let me know in the comment section below. I hope this guide helped you boost your in-game FPS. You can also optimize your system for gaming and use the DOTA 2 graphics settings guide to boosting FPS even further. Happy gaming 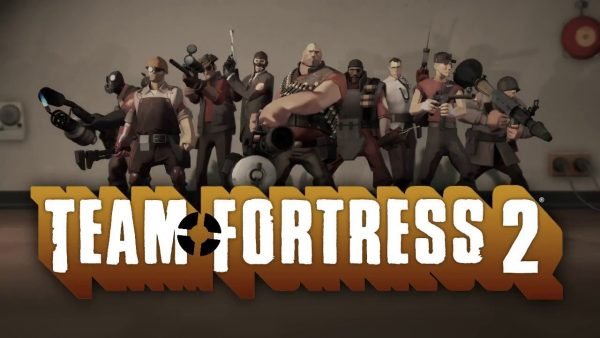 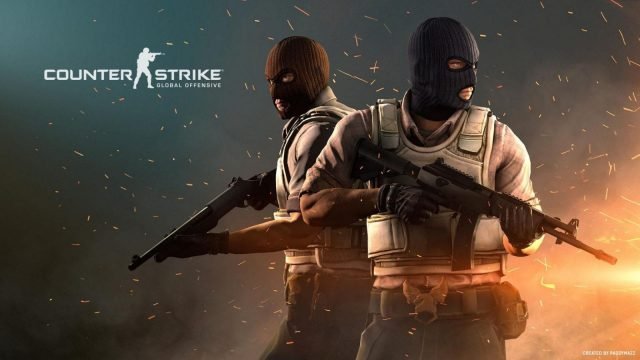